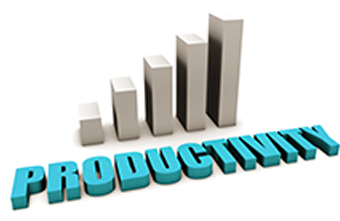 Standing out and being successful in any industry can be tough. It may take a lot of sacrifice to get to where you want, it’s not an overnight success and it doesn’t happen by accident. Success has a set of rules that you need to follow. What are you doing to gain success?

Learn the habits of successful people and what they did to be at their own pinnacle of success.

We don’t stop learning; it is a never ending process. Successful people don’t just settle. They strive to continue to learn new things and expand their horizons.

Bill Gates or Steve Jobs didn’t stop at their great inventions or discoveries, they continued to explore, keep on searching for the best avenues to expand. Learning is what we do best, so keep learning and believe that you will be great someday!

Who is your mentor? Mine is Darren Stephens, he is my business guru and confidante. Never be ashamed to ask for advice, though it’s never really easy.

Richard Branson said: “When you need to make hard decisions, being able to discuss your ideas with entrepreneurs and business leaders who have solved similar problems can make all the difference.” It does not make you less of a successful person if you seek advice, imagine the wisdom you can get and avoid making a big mistake by following their advice!

Have you heard of that? Successful people did not get to where they are because they followed suit of other successful individuals, to paraphrase Robert Frost, “they took the road less travelled.”

Are you one of those who took that road? It might be time you take the other route to lead and get in the right direction.

The biggest mistake anyone can do is take heed of the words that negative people say. There will be many situations, hurdles, and challenges that life will throw at you, don’t worry! Life can be tough at times. But there’s one thing for sure, hard times pass. Strong and resilient people stay.

Live your life like it’s the best day of your life; uproot yourself from difficult and negative people. They will drag you down.

Don’t dwell in the past

Just because you failed, doesn’t mean you are a failure forever. The past will never change; but don’t let past failure dictate your future success.

J.K. Rowling of the famous Harry Potter franchise has been living on welfare since her divorce, with a dependent child. She completed her first Harry Potter book in cafes and now she’s estimated to be worth $1billion.

You can be distracted with a lot of things, at times it’s difficult to be productive when negativity hovers over your head, but you just have to know what to do to be successful. Pull yourself out from the misery of being a failure, rise up and do something. Be productive, follow these 5 great ways in increasing productivity and you’re on your way to success!